Alanis Morissette updated 'Ironic' for today's problems and it's hilarious 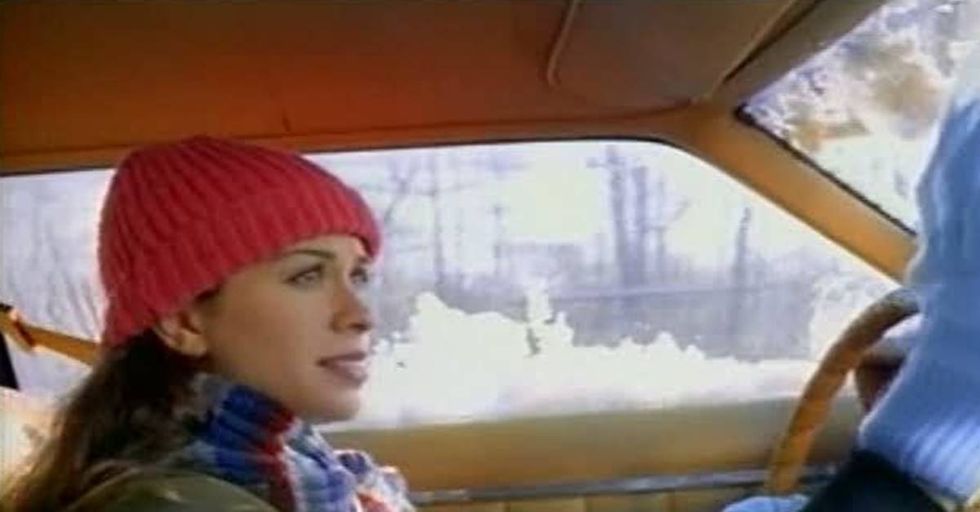 Alanis Morissette's 1995 song “Ironic" was a massive hit, making the top five in Australia, Canada, the U.S., and Norway. It would go on to be nominated for two Grammys and its video featuring Morissette singing in a large automobile would be nominated for six MTV video music awards. But the song has drawn more than a few raised eyebrows from pedants across the English-speaking world for being about coincidences, not irony. But who cares? It's still a good song.

Twenty years later, Morissette updated her song with the help of “The Late Late Show" host James Corden to reflect modern problems, including Facebook, vaping, Netflix, and Southwest flights. She even made fun of her original song singing, “It's singing 'Ironic,' but there are no ironies / And who would've thought it figures?"

An old friend sends you a Facebook request
You only find out they're racist after you accept
There's free office cake on the first day of your diet
It's like they announce a new iPhone the day after you buy it
And isn't it ironic, don't you think?
It's like swiping left on your future soulmate
It's a Snapchat that you wish you had saved
It's a funny tweet that nobody faves
And who would've thought it figures

It's a traffic jam when you try to use Waze

A no-smoking sign when you brought your vape
It's 10,000 male late-night hosts when all you want is just one woman, seriously!
It's singing the duet of your dreams, and then Alanis Morissette shouting at you
And isn't it ironic, don't you think?
A little too ironic, and yeah I really do think

It's like you're first class on a Southwest plane

It's a free ride but your Uber's down the street
It's singing “Ironic," but there are no ironies
And who would've thought it figures

This article was originally published on January 31, 2019.