Transparency: Pakistan vs. Haiti, Which Disaster Got More Aid?

How differently did countries and major organizations around the world respond to the Haiti earthquake and Pakistan flood? 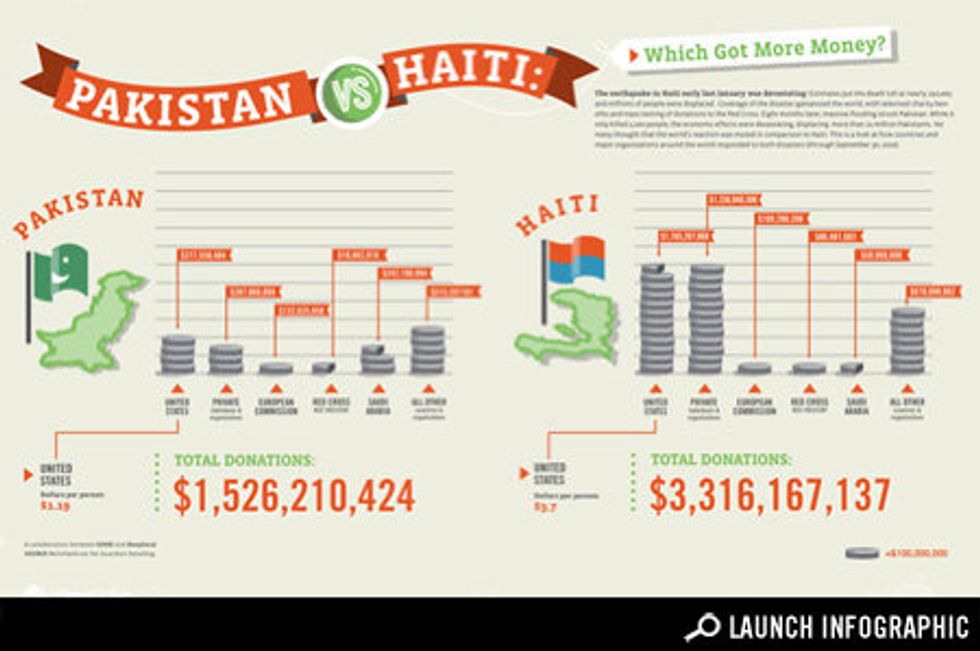 The earthquake in Haiti last January was devastating: Estimates of the death toll are nearly 250,000 and millions of people were displaced. Coverage of the disaster galvanized the world, with televised charity benefits and mass texting of donations to the Red Cross. Eight months later, massive flooding struck Pakistan. While it killed only 2,200 people, the economic effects were devastating, displacing more than 21 million Pakistanis. Yet many thought the world's reaction was muted in comparison to Haiti. This is look at how countries and major organizations around the world responded to both disasters (through September 30).

A collaboration between GOOD and Deep Local.