17 Images Show the Beauty of Breastfeeding in Public

New photo series highlights the debate over breastfeeding in public. 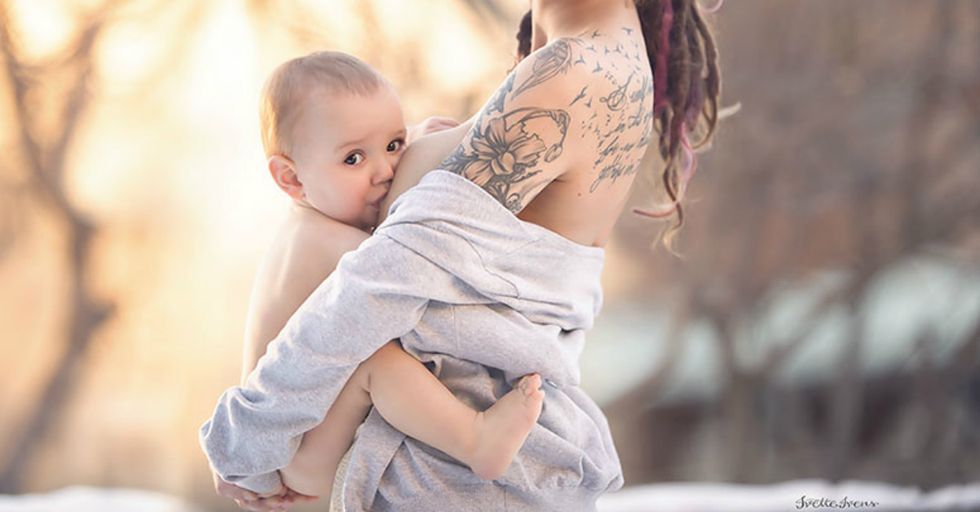 This article originally appeared on 06.11.15

Is breastfeeding in public indecent? Although some people still somehow feel it should only be done in private, photographer Ivette Ivens is not one of those people. Ivens, a mother of two, just released a photo series showing women breastfeeding out in the open to let you know she not only thinks it's OK, but something worth celebrating. The highly stylized images of mothers feeding their babies is sure to cause a reaction no matter which side of the public breastfeeding debate you fall on.