Early exposure to injustice in her home country of Uganda drove this diplomat to fight for equality everywhere. 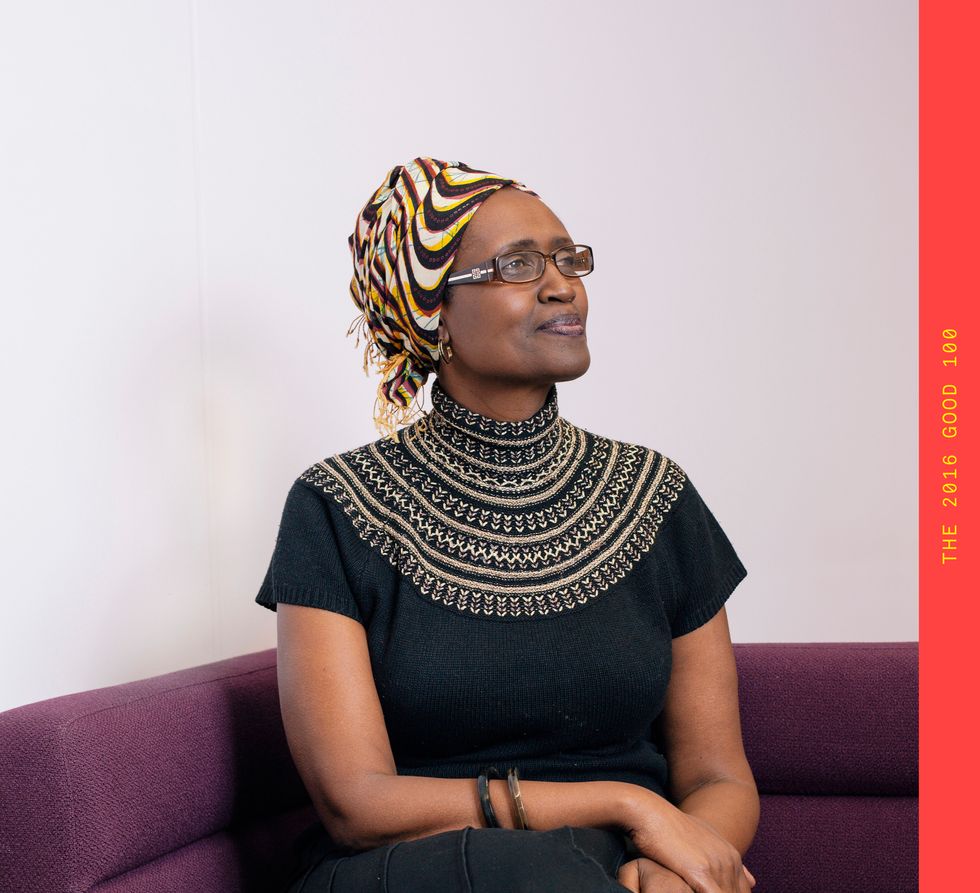 Winnie Byanyima wasn’t afforded the blissful ignorance of a normal youth. As a young girl in the ’60s, she watched as Uganda was cast into a cycle of violence by then-Prime Minister Apollo Milton Obote and military general Idi Amin. For more than two decades, the dictators smothered their opposition with brute force and oversaw an era in which hundreds of thousands are believed to have been killed. Byanyima can still recall those persecuted by the government showing up at her front door, seeking help from her politician father and transforming her home into a salon of dissent. Out of a sense of moral and civic duty, he would take on their cases—a woman dispossessed of her land by the military, a man fired from his job because he didn’t support the ruling party—and argue for their rights in court.

“I don’t really know when I ‘woke up’ [to the idea of] social justice,” she says, tilting her chin to the ceiling, as if searching for that one event that flourished into the call for personal revolution. “I grew up with it.”

Since then, Byanyima has certainly followed in her father’s activist footsteps. As executive director of Oxfam International, she oversees social justice projects in more than 90 countries and is the first African to run a global civil society group. She acts as the face of the organization at monumental conferences like last year’s COP21 climate talks in Paris and the World Economic Forum in Davos.

Her role at these conventions is an arduous but spirited one. Somewhere between the bureaucracy of politicians and the money of big business, Byanyima must wedge her way into dialogues to make a case for the common citizen. That means trying to influence global treaties to come out a little more in favor of the millions of people back home who will be affected by them, though she concedes that often unearths more struggle than success.

At the 2015 Financing for Development conference in Addis Ababa, Ethiopia, where we spoke in an empty hotel hallway, she fought for global tax reforms that would ensure big corporations give more of their wealth back to the communities in which they operate. According to Byanyima, when Oxfam and other groups requested that the U.N. host a concurrent summit to discuss the issue, rich countries—the ones that stood to lose from the proposed changes—successfully pushed them to drop the proposal.

“Civil society sometimes has an uphill battle against governments’ determination to put short-term interests ahead of their citizens’ well-being,” she says. “But that’s part of our job.”

Globally, the relationship between the private sector and government is inflexible. Money and power have been making decisions hand-in-hand since time immortal.

But Byanyima’s idealism remains steadfast even in the face of that status quo, and her fighting spirit hasn’t changed since the tough youth that shaped it—fleeing her country at 17, seeking asylum in the U.K. while earning an engineering degree and working with Ugandan human rights groups, and returning home in the ’80s to help current Ugandan President Yoweri Museveni oust Obote from seizing a second attempt at rule.

“I grew up knowing that there was injustice, but you don’t have to accept it,” she says, her words seemingly as much a consolation for the dissidents of her past as an explanation of what motivates her in the present. “You can say no and you can oppose it, and it is risky. It can cost your life, but it is still a life well spent.”