The sketches are beautiful. 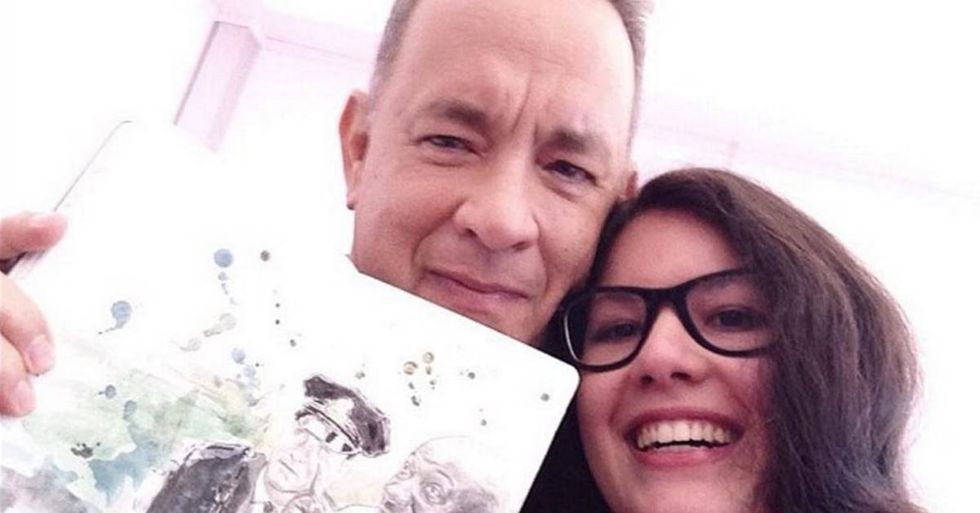 This article originally appeared on 11.30.16

In the dog-eat-dog world of Hollywood, actor Tom Hanks has earned the reputation of being a nice guy. Recently, Hanks proved his good-guy image once again by giving an incredibly gracious gift to a talented fan.

In October 2016 at the Rome Film Festival, artist Denise Esposito presented Hanks' publicist with a beautiful sketchbook of characters Hanks has played throughout his career. She had no idea what would happen.

“I was like 'Okay, at least I'm sure he'll receive it,'" Esposito said she'd thought after delivering the book to the publicist. “And a few minutes later a guy called me saying that Tom Hanks just saw my sketchbook and wanted to meet me! I couldn't believe it and nearly started to cry," Esposito told LAist. She was able to present the book to Hanks herself, and he accepted it saying, “I will send you a typewriter! I've got many and I'd love for you to have one."

True to his word, last week, Esposito received a vintage typewriter in the mail with a letter that read:

“For your lovely book of sketches of — all — those MOVIES … Here is a typewriter to do with whatever you need ... Make more art! And many thanks. Tom Hanks."

Hanks is known vintage typewriter enthusiast and, a few years ago, was bribed by “The Nerdist" podcast to appear as a guest after being sent a 1934 Smith Corona.