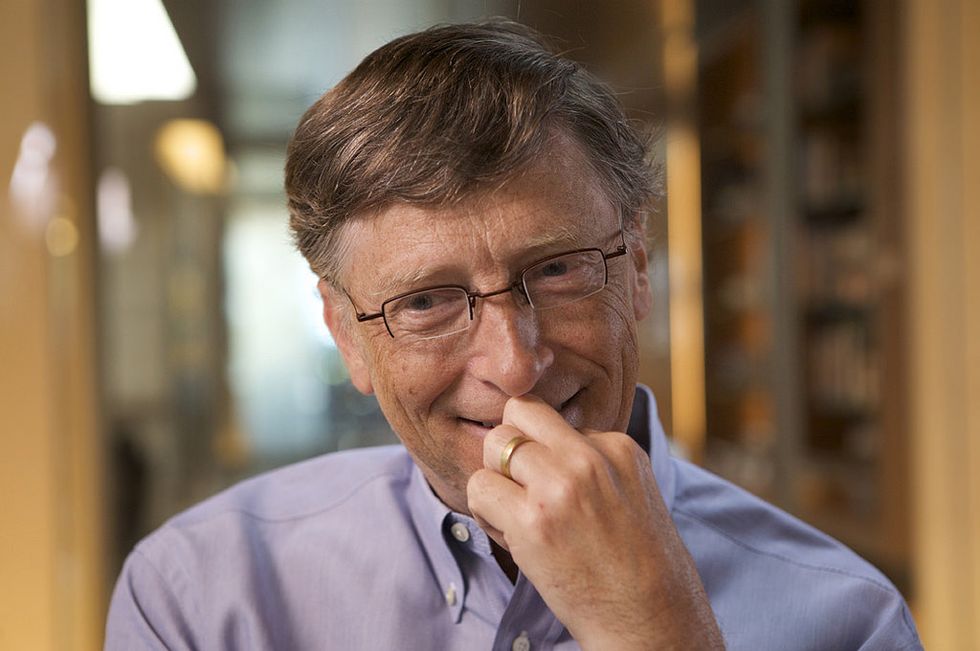 This article originally appeared on 05.01.17

Bill Gates sure is strict on how his children use the very technology he helped bring to the masses.

In a recent interview with the Mirror, the tech mogul said his children were not allowed to own their own cellphone until the age of 14. “We often set a time after which there is no screen time, and in their case that helps them get to sleep at a reasonable hour," he said. Gates added that the children are not allowed to have cellphones at the table, but are allowed to use them for homework or studying.

The Gates children, now 20, 17 and 14, are all above the minimum age requirement to own a phone, but they are still banned from having any Apple products in the house—thanks to Gates' longtime rivalry with Apple founder Steve Jobs.

While the parenting choice may seem harsh, the Gates may be onto something with delaying childhood smartphone ownership. According to the 2016 “Kids & Tech: The Evolution of Today's Digital Natives" report, the average age that a child gets their first smartphone is now 10.3 years.

“I think that age is going to trend even younger, because parents are getting tired of handing their smartphones to their kids," Stacy DeBroff, chief executive of Influence Central, told The New York Times.

James P. Steyer, chief executive of Common Sense Media, a nonprofit organization that reviews content and products for families, additionally told the Times that he too has one strict rule for his children when it comes to cellphones: They get one when they start high school and only when they've proven they have restraint. “No two kids are the same, and there's no magic number," he said. “A kid's age is not as important as his or her own responsibility or maturity level."

PBS Parents also provided a list of questions parents should answer before giving their child their first phone. Check out the entire list below: