Viral Video Shows How to Find Your Vestigial Organs

Your tailbone was once an anchor for … your tail. 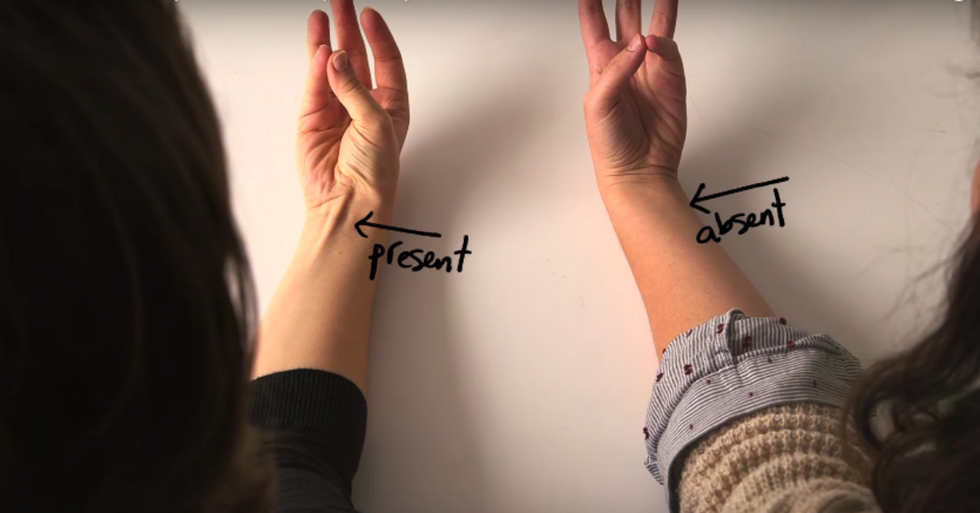 The human body is an amazing organism, to say the least. To watch an athlete dunk a basketball or a ballerina turn a pirouette is to witness an extraordinary machine at work. But the human body is also a biological junkyard of useless ideas it has yet to ditch as we evolve. If humans have a creator, it has a sense of humor, because why else would it clutter the human body with organs that have no use? Why is the occasional baby born with a tail? These useless body parts are known as vestigial organs.

The video above goes over just a few of the vestigial organs we can locate on our bodies if we know where to look. 10 to 15 percent of people can see a tendon in their wrists that connects to the palmaris longus muscle. Although it serves no purpose for humans, it's essential for primates that live in the treetops and swing from limb to limb. Humans also have three muscles around their ears that allow some people to make them wiggle. When fully formed in other mammals, the muscles work to rotate the ears in order to pinpoint the source of sounds.

Although these body parts are worthless in a practical sense, they serve as a reminder of our vast evolutionary history and reveal our deep connections to other beings on the planet. That knowledge is far from useless.